5 Things I Learned from Running My First (and Last) Marathon

I’m not a runner, but that didn’t stop me from running a marathon. There’s a good reason why I decided to do one, and why completing it has led to some lasting benefits.

My Sports History… Not a Runner

I am not a runner… never have been and even after doing a marathon, I still don’t consider myself one.

Throughout my youth I was primarily a swimmer and water polo player. I think I chose that path because I don’t like being hot… my face gets red and I get allergies from grass. The thought of playing soccer as a kid reminds me of scratchy legs, sweat, and the desire to jump in a pool.

With a history like that, running a marathon never really crossed my mind. Why would I sign up for running 26+ miles non-stop, you might ask? It mainly comes down to long-term mental and physical health, combined with an understanding that most of my motivation comes from seemingly impossible deadlines with high stakes.

In this case, the deadline was a little less than five months away, and if I wasn’t prepared I would either (a) fail to complete the marathon, or (b) injure myself… or some horrible combination of both. In that sense, it was perfect!

#1: Training for a Marathon is Good for the Mind 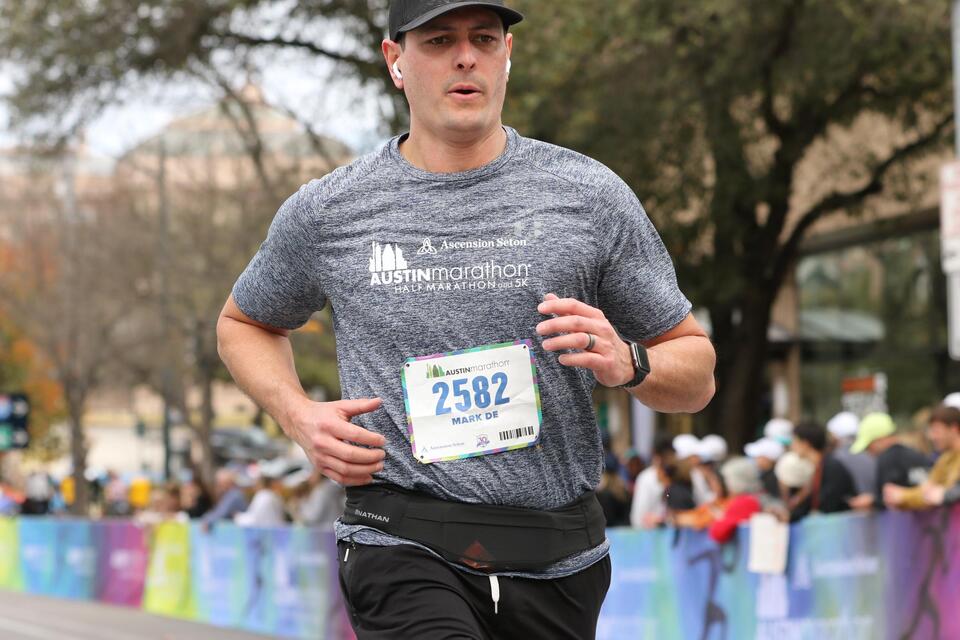 I wanted to get back into regular exercise for the mental health benefits. I have a highly social job (lots of meetings and management that requires lots of communication) and a full house, and as an introvert it can be a little draining.

I did some searches and found “running” as a good option. It takes a lot of time to improve your numbers and you can do it alone with some headphones. For the “severe consequence deadline,” I figured a marathon would provide the needed motivation.

Coincidentally, the Austin Marathon was just five months away, so I made a knee jerk decision and signed up.

Why not a half-marathon? I hate running, but I love bucketlist items. No way was I going to compete again and “half-marathon” didn’t have the same weight for me. Also, I remembered my dad and grandmother completing marathons so I figured I had some genetic disposition for the skill.

#2: You Don’t Need to Be Super Fit Right Now, But a History of Fitness Helps a Lot

I have a fairly extensive history in the fitness industry. At one point I owned a gym and fitness magazine. I even founded a fitness certification organization, and wrote manuals for multiple companies. Even so, I don’t consider myself a “fitness person” because I’ve always viewed it as a functional requirement versus a passion.

My fitness level has varied over the last three decades… from 6-hour a day training regimens for collegiate sports to zero exercise and way too much food and drink. I graduated high school at 150lbs and 6ft tall, was 185lb at 6ft 2in (I grew more in my 20s) with 10% bodyfat when I owned a gym, 225lb when I owned a chip and dip company (way too much product testing), and am currently 195lbs with about 12% bodyfat.

For the last year I have been heavily focused on my career. I took a job as the president of one of the most established elearning companies in the world, DigitalMarketer, and shuttered my marketing agency that I had been growing for six years.

Between that and having an additional dependent in the house (my 13 year old nephew), there hasn’t been a ton of time for training.

That said, I have stayed active. Between playing with the kids, home projects, and taking care of animals I stay relatively active all the time whether I “workout” or not. 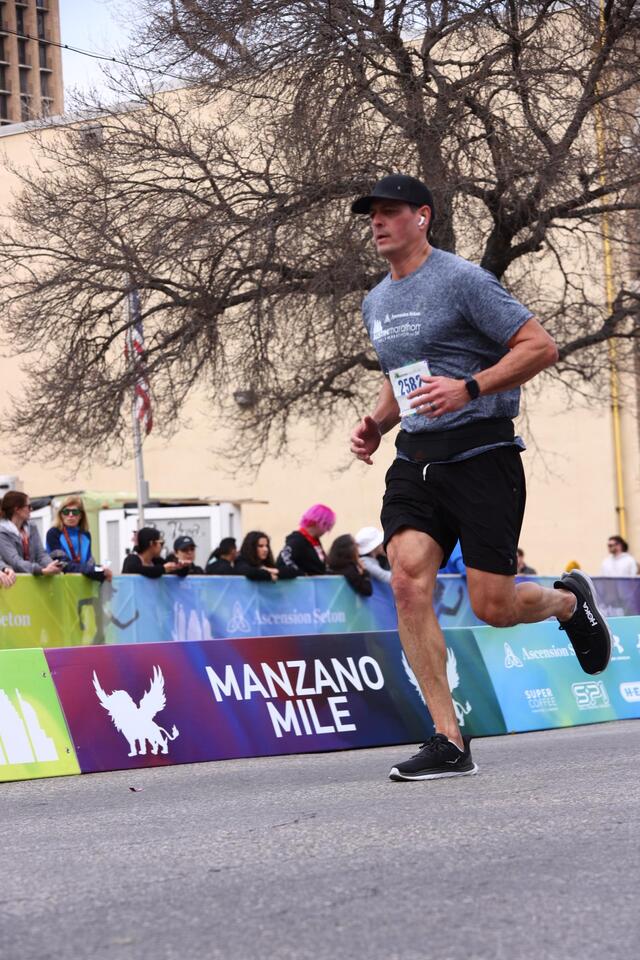 Before you think about using my “amazing” training plan, understand that I didn’t really train enough and even then my plan wasn’t that great.

I signed up about 4 1/2 months prior to the event, and my training was very inconsistent prior to that period.

I originally set up a spreadsheet based on a book my wife got me to prepare. It involved a progressive, but realistic plan to increase mileage leading up to three weeks prior to the marathon, then it tapered down a bit.

I followed it for about two weeks, then it went off the rails. Running a lot takes WAY more time than I imagined. The regular runs lasted 30 minutes to an hour and the long runs took 2 to 4 hours at a time.

In the end it amounted to this:

That was pretty much it. I had a few “long runs” in there with the longest being 12 miles, and I tried run outside during those. The rest of the time I was on a treadmill in my garage.

#4: The Diet Was VERY Important

I didn’t have a super-strict diet, but I did do some things that helped quite a bit.

Number one, I quit drinking alcohol two months prior to the event… honestly that was the biggest change I made and probably accounted for most of the physical results.

I also started drinking a lot more water, cut out fat as much as I could, and started upping my protein while decreasing carb intake.

Here’s a typical day for my diet:

I was far from perfect. I would have a meal out once or twice a week and I wasn’t super strict about what I ate for dinner. Even so, the weight loss was noticeable and intentional… I figured that carrying less weight would help.

#5: Preparation Will Save the Day

The week of the marathon I only ran about 10 miles total (2 workouts). I was extra careful with my diet and I drank a gallon of water a day for the three days prior to race day.

The night before I had a pasta dinner, soaked in a spa for about 30 minutes and went to bed early.

The morning of the event I woke up at 4:30am, drank some coffee and ate two pieces of toast. I had collected the items I’d need the night before so I just had to get dressed and jump in the car. 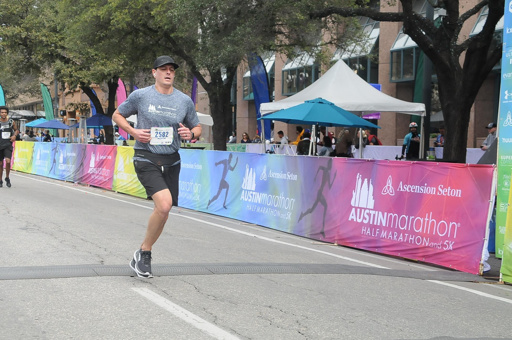 All-in-all, the experience wasn’t unpleasant at all. Yes, it got tough when I hit “the wall” around mile 23, but the rest was just a practice of pacing and quiet contemplation. I wasn’t running with anyone. It was just me and the road (and 50,000 people).

I came up with my mantra a few days prior to the event… it was “Eat the road (and don’t let the road eat you).” I also had a soundtrack

I was somewhat nervous but not overly so. Sure, I was going to run twice as far as my farthest run, but I had a plan: don’t run faster than 10:30 a mile, stay hydrated, and “fuel up” (mainly using Goo) consistently.

I completed the marathon in 4:55. My original goal was sub-4 hours but that was crazy unrealistic. I think I could have done it in 4:30 (maybe) if I had done some longer runs but who knows.

Physically I lost 14lbs and probably 5-7% bodyfat. My blood pressure improved as well :) 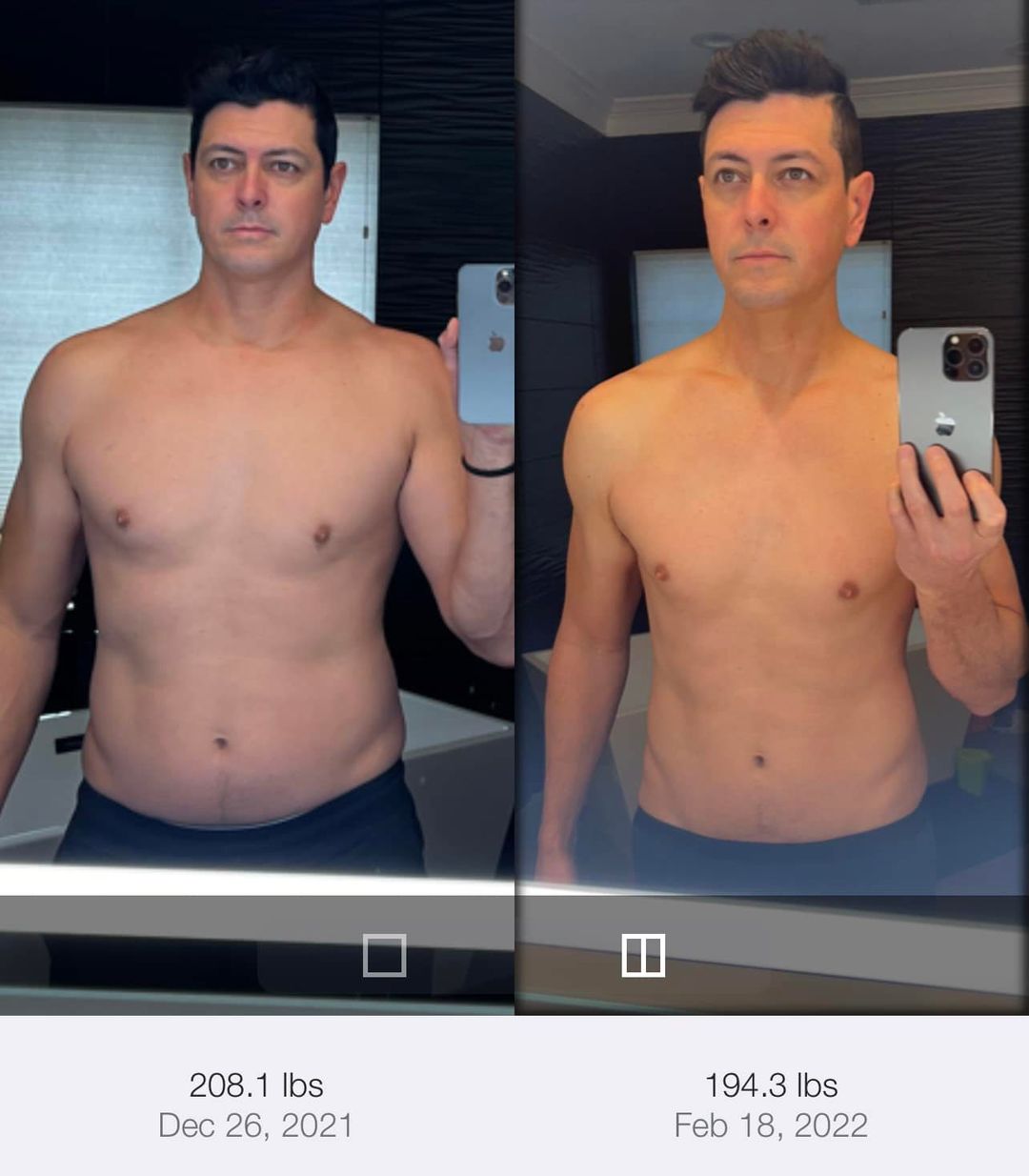 It’s been a few months since I ran the marathon, and I can now say that the whole process was worth it. It was a long, boring, difficult, and painful period of time but I got a lot out of it. Here are some of the benefits I’m still enjoying:

Should you run a marathon? If you’ve ever thought about running a marathon at all, then I’d say yes. You will never regret it and there’s a chance that it’s not as difficult as you might think. Get started and get serious… you’ll figure it out.